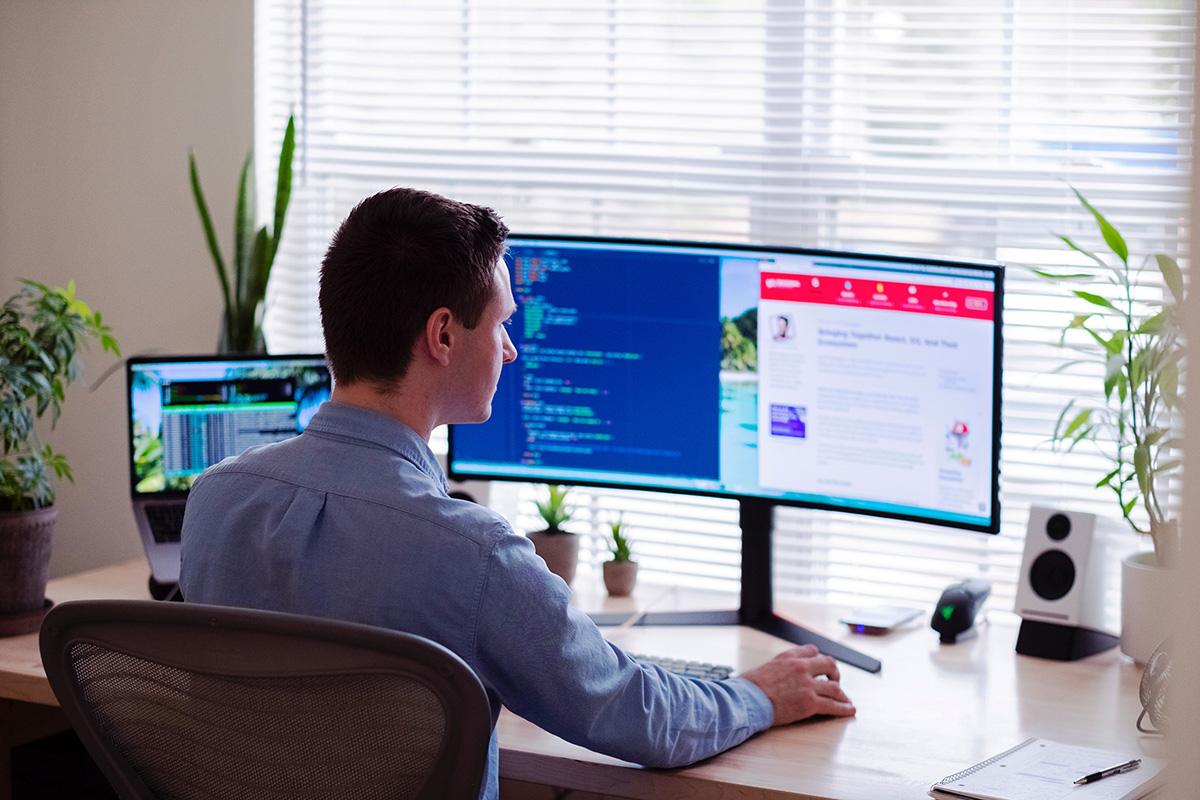 Microsoft has told staff that they will have the option of working from home permanently with manager approval.

The move mimics the US tech giant’s rivals Facebook and Twitter, which have also said remote work would be a permanent option.

It follows a rapid shift away from office working prompted by the coronavirus pandemic.

Many companies are reconsidering how much office space they need, expecting a long-term increase in remote staff.

Microsoft said some roles will continue to require an in-person presence, such as those needing access to hardware, the firm added. But many staff will also be able to work from home part-time, without needing formal approval from their managers.

“Our goal is to evolve the way we work overtime with intention—guided by employee input, data, and our commitment to support individual work styles and business needs while living our culture,” a Microsoft spokesperson said of the new guidance, which she said would apply to UK staff as well.

As of April, more than 46% of those employed were doing some work from home, according to the Office of National Statistics.

That was comparable to the US, where 42% of the workforce was remote in May, according to Stanford University economics professor Nicholas Bloom, whose research looked at people aged 20-64, earning more than $10,000 last year.

While that share decreased to about 35% in August, it still marked a major change. Before the pandemic, just 2% of workers were remote full time, he said.

“What we’re doing now is extremely unusual,” he said.

Many employers hailed the shift initially as being surprisingly productive. But as the months have passed, some of the drawbacks have emerged.

For example, at a conference, this month, Microsoft’s own chief executive Satya Nadella said the lack of division between private life and work-life meant “it sometimes feels like you are sleeping at work”.

As companies look beyond the pandemic, Prof Bloom said many are eyeing policies that combine two days a week at home with three days of office time, which will remain important for meetings, building company culture and loyalty and basic mental health.

“The radical extremes – so, full-time in the office or full-time at home – are not ideal for most people,” said Prof Bloom.

But he said he did not expect the pre-pandemic office to return.

“The Microsoft statement is completely in line with everything I’ve been hearing,” he said. “There’s pretty much uniform consensus now that the pandemic has permanently shifted the way we work.”

A Willis Towers Watson survey of US employers in May found that they expected 22% of staff to continue working from home after the pandemic, up from just 7% in 2019.

About 55% of employers said they expected staff to work from home at least one day a week after concerns about the virus passes, a PWC survey found. And more than 80% of employees said they supported that idea.

Analysts say such a shift could have widespread implications, reducing demand for office and residential properties inexpensive city centres. Rents in New York and San Francisco have already dropped.

Prof Bloom said the changes in the workplace may help ease affordability issues, but won’t spell the end of city centres.

“The affordability levels of New York and San Francisco may go back to where they were in 2005,” he said. “It’s clearly not the case they’re going to empty out.”