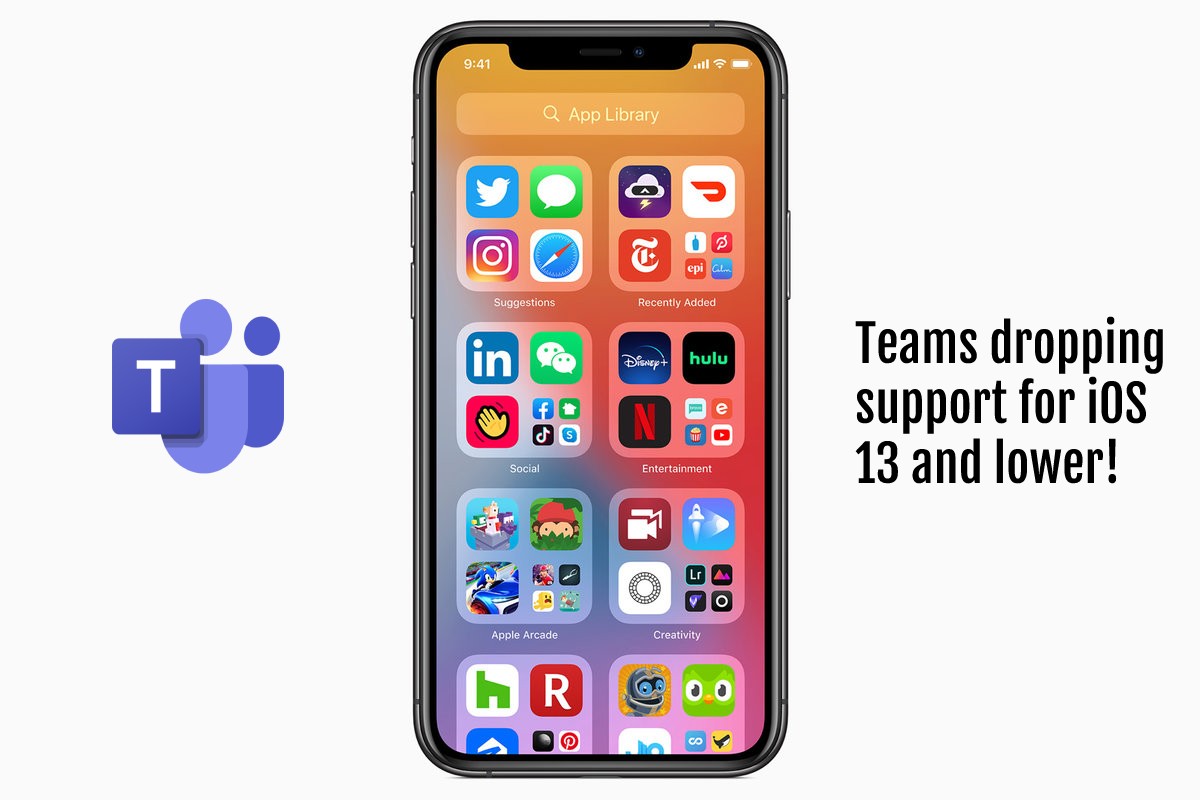 Microsoft is preparing to drop support for its Teams mobile app on older versions of iOS in October of this year. The Redmond giant has announced via Microsoft 365 Admin Center that the list of supported versions includes iOS 13 and lower.

“We will be retiring the Teams mobile support on iOS version 13 and below. Instead we recommend that users upgrade to newer iOS builds, which is where we will continue to invest our development resources. We will also begin encouraging users to update to the newest version of Teams if they’re running builds older than 1 year,” the company explained in a message on the Microsoft 365 Admin Center.

Microsoft Teams for iOS will still continue to work on iOS 13 devices after October 2021, but the app will no longer receive updates with new features and security updates going forward. Moreover, if users choose to reset their device, new installations will not be allowed on unsupported iOS devices.

This change will start rolling out in early October, and it’s expected to complete in mid-October. Microsoft has recommended that Teams users should update to the latest version of the OS (i.e., iOS 14 or above) as soon as possible. Let us know in the comments below if you are still using an older version of iOS.