Coronavirus: Will offices be safe for a return to work? 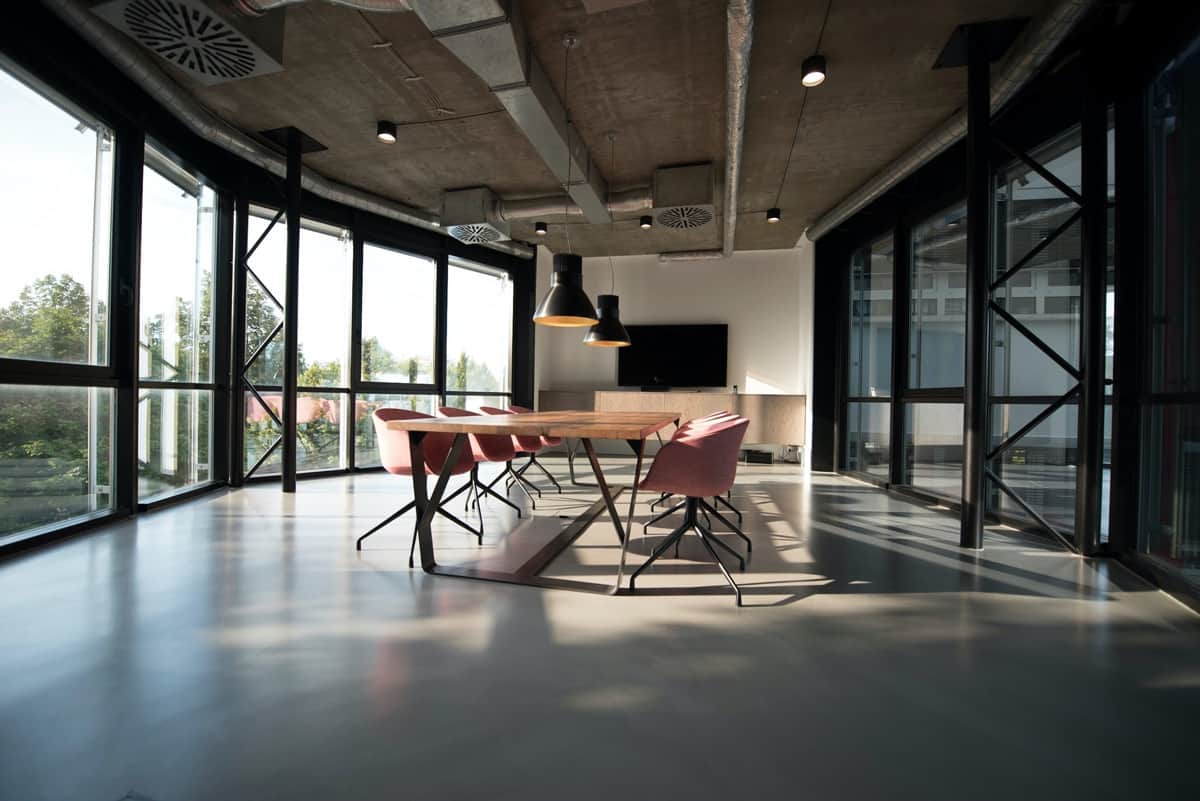 07 May Coronavirus: Will offices be safe for a return to work?

Posted at 14:21h in Cyber Security, News by admin

As lockdowns start to ease in many countries, so the tentative return to work begins, leaving people understandably concerned about how safe a space an office will be in the middle of a global pandemic.

Alongside some mouldy old food in the communal fridges, there is likely to be an increase in the amount of technology used to monitor employees.

From thermal cameras taking your temperature when you enter the building to apps or wearables to alert you if you get too close to colleagues, work could soon have the feel of the Minority Report movie.

The Edge in Amsterdam was voted one of the smartest and most sustainable buildings in the world a few years ago, and it is adapting its sensor-packed offices to the new reality of living with a contagious and potentially life-threatening virus.

Coen van Oostrom, the founder of the real-estate firm that built it, told the BBC that there are a couple of “no brainer” changes that can happen immediately.

“The doors can currently be opened by hand but it is a small step to be able to open them by voice control or via an app, and we want to do that to make sure the virus isn’t spreading that way.

“We also have cameras that can see how many people are on a floor and with a software update they are also able to measure how far people are away from each other, and we can send a warning to people’s phones if they are too close to each other.

“Not everyone likes it and there is a feeling that it is an intrusion on their privacy, so we haven’t decided yet if we want to use it when everyone is back in the office.”

The Edge, unlike most buildings, already provides employees with a phone app that allows them to see what temperature the office is and what air quality is like, as well as allowing them to order their lunch from the canteen.

Take-up hasn’t been huge. While in the past no one really cared about air quality, now that the chances of the virus spreading are higher if not enough fresh air is circulating, people might start taking notice of it, thinks Mr van Oostrom.

Seating plans will also have to change to make sure social distancing rules can be enforced but Susan Clarke, a smart buildings expert with research firm Verdantix, thinks employers are unlikely to radically alter their working practices.

“Hot-desking will remain and given the recession we are moving into right now, most firms won’t be able to take on more space – but it might be re-thought, so as one person checks out of a desk, a work order is assigned to that area so a cleaner can do some disinfecting.”

Some lighting firms, such as Vital Vio, are offering what they describe as safe disinfection lighting, which uses violet light mixed with white light to kill some bacteria on surfaces. While these might have a use in hotels or very high occupancy offices, the expense may not be justifiable to many businesses, thinks Ms Clarke.

Flir Technology has been making thermal cameras for use in airports and onboard police helicopters for years but has seen exponential growth in the last few months.

Now the firm is seeing interest from factories and businesses.

“Basically, every industry that needs to protect its workers and its customers,” said Flir’s vice president of marketing for Flir, Ezra Merrill.

The cameras measure a five-millimetre square area near the tear duct, which has been judged as the best place to record skin temperature. Users wearing spectacles have to remove them.

Its algorithms take account of a range of factors, such as time of day, whether it is sunny or raining, as well as the fact that people have a range of normal body temperature.

But the device is just one part of the puzzle, and a second step would be to take a person’s temperature using a medical-grade thermometer, said Mr Merrill.

The technology was recently tested at a US factory, where reaction from employees was mixed.

“It was a full range as you’d expect, from people who were excited and happy to do it to those who thought they were getting a retina scan.”

In fact, the camera does not take a picture at all and it is not possible to identify people from the image, but Mr Merrill acknowledges there could be privacy issues. And in some places it could be illegal.

“Some countries prohibit employee health monitoring. In Italy, for example, there are laws stating that you can’t monitor health, and that includes parameters such as temperature,” said Ms Clarke.